never completed, and always being added to, and the relationship between people and it

is a constant dialectic and process of structuration: the landscape is both medium for and

outcome of action and previous histories of action."

I am heavily influenced by the work of continental philosophers, Heidegger and Sartre in particular, and endeavour to incorporate their important thinking in my work. This serves to identify and develop my rationale as an artist whilst at the same time situates my practice within a framework that allows me to explore the nature of philosophical ideas in photography.

Of The Land And Us: 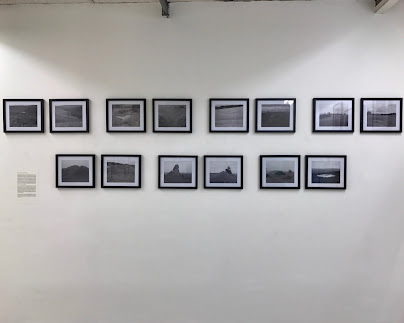 ©Tom Wilkinson 2018. Original Image Copyright remains the exclusive property of Tom Wilkinson, including the text elements. None of the content on this website is to be copied, reproduced, manipulated or used in any way without prior permission from the photographer. Any unauthorised downloads are not permitted.