We’re having a wedding. We need you there.

We’ve never had one before but we’ve seen it done a few times and we reckon we can wing it. We’ve got a man and a woman, we’ve got an extravagant dress, we’ve got a thousand mini-quiches and five sugared almonds in a little white bag.

We’re going to take all these ingredients and make magic.

Join us as we lodge another brick in the foundations of our nation’s future, and carry on the inexorable progress of civilisation.

We want to know what love is.

We want you to show us.

Premiered at the 2012 Next Wave Festival 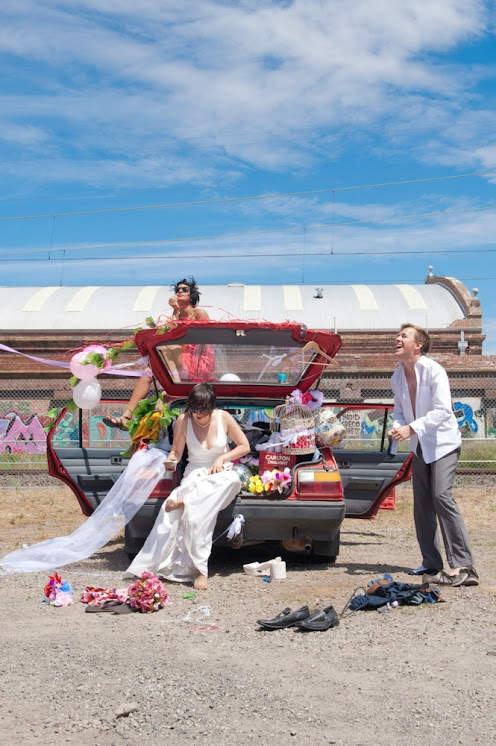 “utterly involving, a testament to the power of the marriage ceremony.”
– Cameron Woodhead, The Age

“provocative, topical, induces thought, and, above all, the most fun I’ve had in a church. Ever.”
– Eugyeene Teh, Promptside Blog

“Delivered without irony or discontent, and more to the point, as a celebration, the work quite cleverly and acutely manages to question the place of marriage and the wedding ceremony within our society—archaic regulations in vows contrasted with the high level of excitement.
- Jane Howard, RealTime Arts 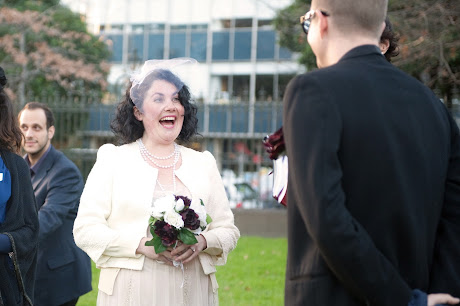 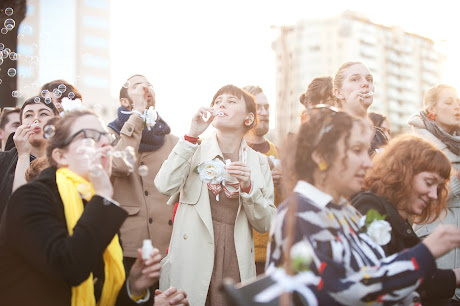 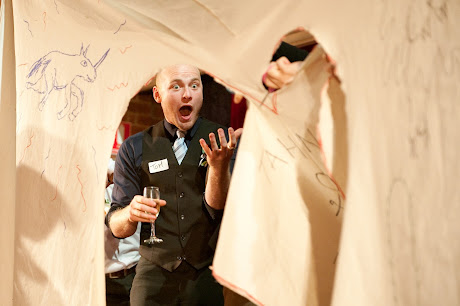 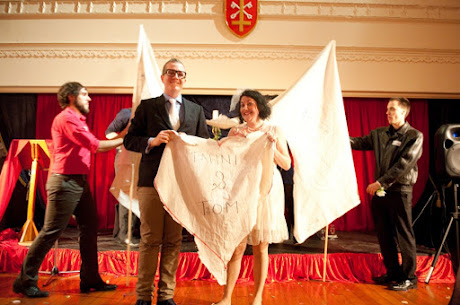 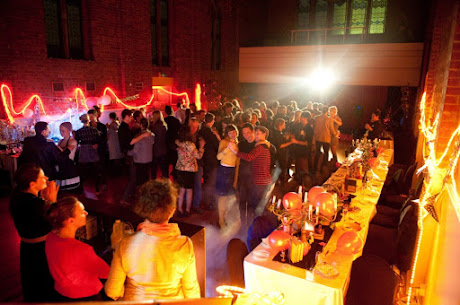 We would like to thank the Next Wave team, particularly Emily, Kristy, Paul, Nicole, Lucy, Annette, Ash and Briony, as well as Daniel Schlusser for his mentorship and support. Thanks also to Nikki-Fay Baxter, Brett Ludeman, Megan Fitzgerald, James Andrews, Tom Swords, Anthony Cleave, Rob Sowinski and all who supported us throughout the development project.

This project has been assisted by the Australian Government through the Australia Council for the Arts, its arts funding and advisory body. We also thank the Besen Family Foundation and Next Wave for their generosity, faith and support.