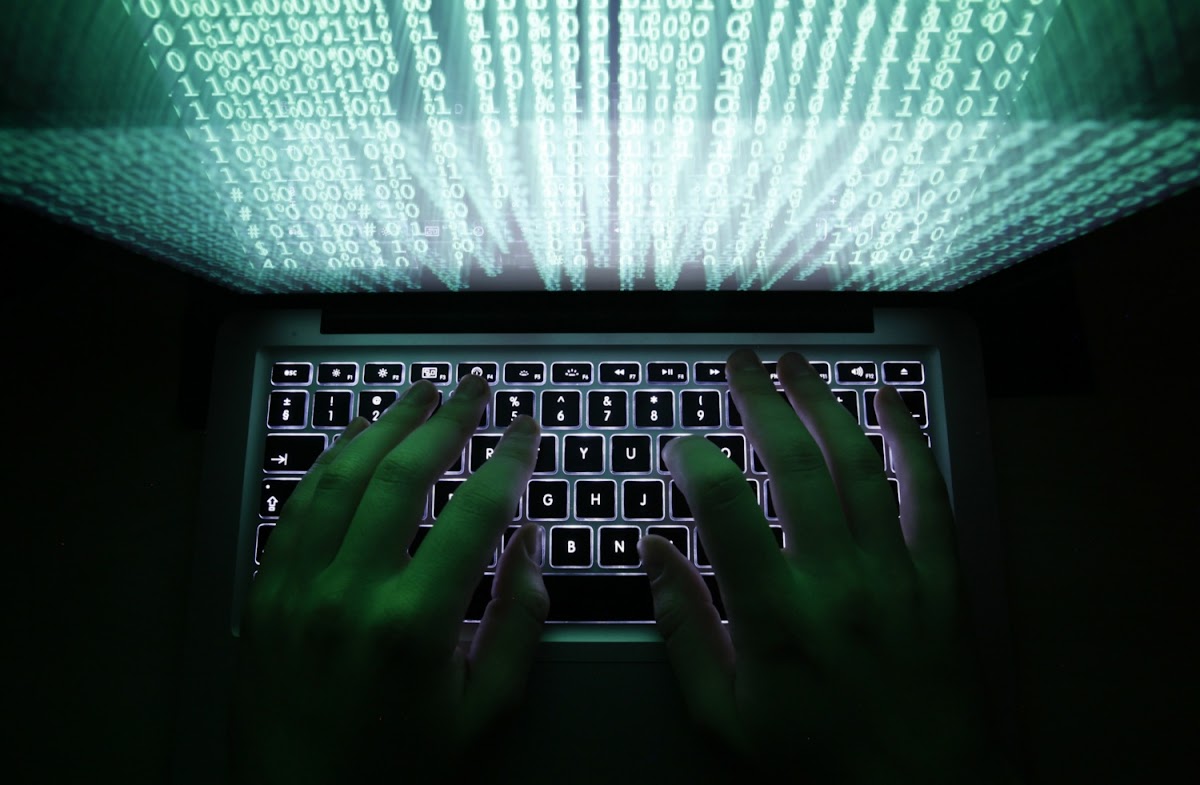 Under The Hungarian Act on the Police, Counter-Terrorism Center’s prerogatives in the field of secret intelligence gathering include secret house search and surveillance with recording, opening of letters and parcels, as well as checking and recording the contents of electronic or computerised communications, all this without the consent of the persons concerned. The authorisation process of these activities is dependent on the actual competence exercised by CTC, namely, whether it is within the framework of secret surveillance linked to the investigation of certain particular crimes enumerated in the law or to secret surveillance within the framework of intelligence gathering for national security.

Whereas the prevoius scenario is as such subject to judicial authorisation, the one mentioned secondly is authorised by the Minister of Justice, in order to prevent terrorist acts or in the interests of Hungary’s national security or rescue Hungarian citizens from capture abroad in war zones or in the context of terrorist acts.

This surveillance takes place under the rules of the National Security Act under the condition that the necessary intelligence cannot be obtained in any other way. Otherwise, the law does not contain any particular rules on the circumstances in which this measure can be ordered. The time-frame of such a surveillance is 90 days, which can be prolonged for another 90-day period by the Minister; however, the latter has no right to learn about the results of the ongoing surveillance when called on to decide on its prolongation. Once the surveillance is terminated, the law imposes no obligation on the authorities to destroy any irrelevant intelligence obtained.

The applicants complain under Article 8 of the Convention that they can be potentially subjected to unjustified and disproportionately intrusive measures within the framework of surveillance described above, in particular for want of judicial control. In their view, the latter issue also represents a violation of their rights under Articles 6 and 13.

No Secret Surveillance Without
Judicial Warrant

Two lawyers, Hungarian citizens have turned to the European Court of Human Rights in Strasbourg to challenge a Hungarian regulation that empowers the Counter-Terrorism Centre to spy on anyone without a court order by citing national security interests.

The lawyers argue that the Counter-Terrorism Centre is monitoring them, violating their right to privacy, as in such cases a political decision suffices and the signature of the minister for justice is enough to keep anybody under surveillance.

The petitioners affirm that the point of making surveillance subject to an external approval or warrant is to ensure that the decision in any specific case as to whether surveillance is justified will not be made solely on grounds of arguments in favor of the covert intelligence, but also by taking into consideration the criteria of respecting privacy.

Timeline of the Case

The European Court of Human Rights: The Court

The European Court of Human Rights (ECtHR; French: Cour européenne des droits de l’homme) is a supra-national or international court established by the European Convention on Human Rights. It hears applications alleging that a contracting state has breached one or more of the human rights provisions concerning civil and political rights set out in the Convention and its protocols. An application can be lodged by an individual, a group of individuals or one or more of the other contracting states, and, besides judgments, the Court can also issue advisory opinions. The Convention was adopted within the context of the Council of Europe, and all of its 47 member states are contracting parties to the Convention. The Court is based in Strasbourg, France. 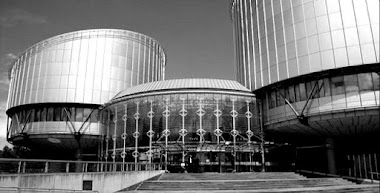 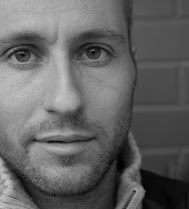 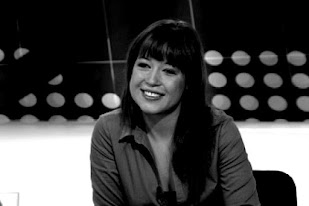 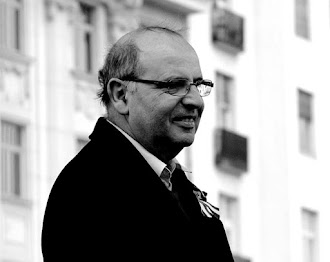 The founder president and the current chairman of the Eötvös Károly Policy Institute. His main areas of specialization include constitutional law, freedom of information and privacy, and the practice of ombudspersons. He is head of the Department of Information and Media Law at the University of Miskolc, Faculty of Law. He holds the doctorate of the Hungarian Academy of Sciences. From 2008 to 2009, he was chairman of the National Radio and Television Authority, during which period he suspended his activities at the Institute. Between 1995 and 2001 he served as the first ombudsman for freedom of information and privacy of the Republic of Hungary, and from 1990 to 1995 he served as a legal counsel for the Constitutional Court. Between 1975 and 1990 he taught at various universities and practiced law. He is the author of several books, chapters and articled published in Hungary and internationally. 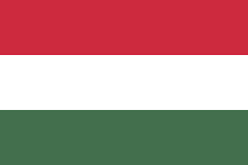 Republic in central Europe, bordered by Slovakia to the north, Ukraine to the northeast, Romania to the east and south, Serbia and Croatia to the south, and Slovenia and Austria to the west. Its capital and largest city is Budapest. Member of the European Union since 2004.

​The Eötvös Károly Institute was created in January 2003 by the Soros Foundation in order to establish a novel, unconventional institutional framework for shaping democratic public affairs in Hungary. Acting hand in hand with other entities, including advocacy groups, watchdog organizations, and other institutions, the Eötvös Károly Institute wishes to contribute to raising professional and general public awareness and to shaping the political agenda in issues with an impact on the quality of relations between citizens and public power. The Institute is deeply committed to the liberal interpretation of constitutionality, constitutional democracy, and individual rights, and labors to support initiatives instrumental in bringing about a civil political culture inspired by the spirit of solidarity.

Beatrix Vissy (1986) is an assistant lecturer and PhD candidate at the Department of Constitutional Law of Eötvös Loránd University Budapest. She obtained her law degree at Eötvös Loránd University in 2009. Her academic interest lies in the area of fundamental right issues with particular emphasis on the institutional guarantees for the protection of these rights. From 2009 to 2014, she served as researcher for the non-governmental Eötvös Károly Policy Institute dedicated to shape democratic public affairs in Hungary. She has been involved as junior researcher in the EU-funded 'IRISS' project that addresses the question of resilience in surveillance societies.

Máté Dániel Szabó Ph.D. (1976) is a lawyer specializing in the protection of fundamental freedoms and informational rights (informational privacy and data protection as well as freedom of information law). His main field of interest focuses on the constitutional borders of the rights for informational self-determination. Currently he works as the Director of Programs at Hungarian Civil Liberties Union, previously he was the director of Eötvös Károly Policy Institute (Budapest, Hungary), lecturer for University of Miskolc’s Department of Informational and Media Law. He teaches courses on data protection and freedom of information. He formerly served in the staff of the Hungarian Commissioner for Data Protection and Freedom of Information (2000-2003), and in the Office of the Commissioner for Educational Rights (2003-2004).

Center for Democracy & Technology (CDT) is a Washington, D.C.-based non-profit organization whose mission is to promote an open, innovative, and free internet. As an organization with expertise in law, technology, and policy, CDT works to preserve the unique nature of the internet, enhance freedom of expression globally, protect fundamental rights of privacy, and stronger legal controls on government surveillance by finding practical and innovative solutions to public policy challenges while protecting civil liberties.

Privacy International (PI) is a UK-based registered charity that defends and promotes the right to privacy across the world. First formed in 1990, registered as a non-profit company in 2002 and as a charity in 2012, PI has organised campaigns and initiatives in more than fifty countries and is based in London, UK.

ECtHR accepted the intervention on 29 August, 2014.