The Darkest Hours Late Night hosted by Daniel Bautz & Dave Considine was a weekly show heard on WQTT 1270 AM in Marysville, Ohio. The show began in May of 2008 as the Grand Dark Conspiracy and ran as a monthly show until the end of August, 2010, when it became weekly. The program aired on Saturday mornings from 1-3 AM eastern. The program also included occasional co-host and supplier of the Paranormal News Insider segment Dr. Brian D. Parsons.;

Listen to all 240 past episodes by clicking on the Podcast Chart link below.

Dave Considine also has been blessed and honored to have appeared on many radio programs over the years and at this time would like to thank everyone for their continued interest in our work!

Welcome to the Phantasm psychic research 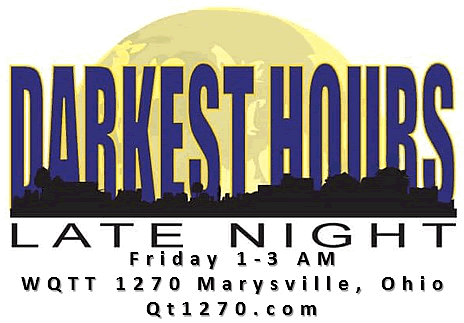