ALL RIGHTS FOR THE PHOTOES RESERVED TO TONY VELOZ & GEISHABOY500. IF YOU KEEP ANY OF THE PICTURES IN YOUR FINAL WEBSITE, PLEASE KEEP THIS CREDIT TOO

" All the characters, including the Son’s two brothers, are expertly played by Pun Bandhu and Marinda Anderson."- Ben Brantley, New York Times

"This isn't an actor mimicing another person. This is an actress handing us that person on a copper platter with its plating wearing off in spots. Baser metals are the substance here and in songs like "Easy Livin'" and "T'aint Nobody's Biz-ness," and "Strange Fruit," so quintessentially Lady Day, we watch the patina fade off the presence of the heroine of this tale revealing all of her flaws and all of the factors that made her so very special."

" As for Ms. Anderson, seen on this stage in "Intimate Apparel," by Lynn Nottage last summer she is fulfilling the promise seen in her work back then. I wrote in 2015 "Now and again I wish for regional TONY Awards so that an actress of this calibre could be honored for outstanding work; this is one of those times." This is another. She has grown immensely in her power to communicate the emotional pangs of glory lost. She has become the actress she needed to be with this play. She has the power to recreate the living in their own fullness of being. She is the earth-mother, the Goddess, the stricken woman whose sickness cannot be contained in only one body, only one soul. It was Holiday's extreme power to communicate all of this that is transforming the actress playing her here. The playwright's choices for this appearance of Lady Day, are secure in the graceful fingers, the tortured body, of this actress bringing the singer back to life for us, the singer's audience."- J. Peter Bergman. Berkshire Bright Focus

"No one who experienced Marinda Anderson singing “Strange Fruit, the song about lynching Billie Holiday made famous, Friday at the Dorset Playhouse is likely to forget it."

Anderson, who had already proved herself a fine actress in Dorset’s “Intimate Apparel,” turns out to be a particularly fine singer. It took both qualities to sing and act like Holiday and, to the extent that any one can, she did it. Notably, Anderson was able to reflect the singer’s increasing dissipation due to alcohol consumption, interrupted with flashes of brilliance. But the songs didn’t come across as recreations of Holiday performances; rather Anderson delivered them from the heart.

But it was “Strange Fruit,” written in 1937 by Abe Meeropol (under the pseudonym Allan Lewis), a white Jewish poetry teacher, that made this

production transcend the theater. Supported by Green’s Jimmy, Anderson’s singing, “Southern trees bear a strange fruit/ Blood on the leaves and blood at the root/ Black body swinging in the Southern breeze/ Strange fruit hanging from the poplar trees,” left the room breathless. Rather than a downer, it was a tender remembrance of greatness.

"Two of them, Lori Hammel and Karen Quackenbush, have been with the show since Goodspeed. Marinda Anderson has the finest voice of the quartet, while Natalie Toro has the best up-for-anything attitude."--Christopher Arnott, Hartford Courant

"The members of the six-person ensemble navigate this bifurcated work varying degrees of success. Most notable is Marinda Anderson, who, as T'Kia, delivers Erlbach's zingers with precision and sensitively renders the woman's concerns about her relationship and its future."--Andy Propst, American Theatre Web Original News & Reviews

"Anderson brings clarity to the issues by only being honest about them and how they affect her character. Now and again I pray for regional TONY Awards so that an actress of this calibre could be honored properly for outstanding work; this is one of those times."   - Peter J Bergman, Berkshire Bright Focus

"Marinda Anderson, as Esther, perfectly conveys her character's affecting blend of humility and nobility. She never stoops to sentimentality. Esther's woes are real, but Anderson portrays the dignity with which she bears them. It's up to the audience to feel compassion, because this performance doesn't manipulate; it reveals."  -Alex Brown, Seven Days

"Anderson was perfectly cast as Esther. In keeping with the irony of her name's Biblical significance, Anderson projected a voice for all groups who are marginalized, and did so in a compassionate, convincing manner. We find ourselves rooting for her, yet still shake our heads at times while exclaiming, "Poor child!" inside."-  Telly Halkias, Manchester Journal

"Esther was delivered in a fully dimensional performance by Marinda Anderson. She encompassed all of the seamstress’s sides, from canny businesswoman to naïve bride to desperate lover to mature woman, attractively and sensitively." -Jim Lowe, Rutland Herald/ Times Argus 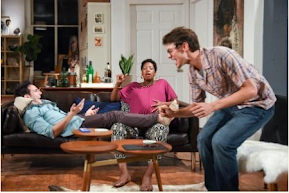 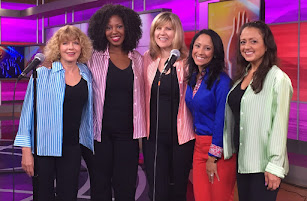 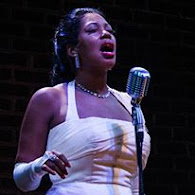 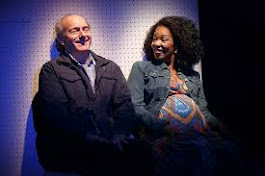