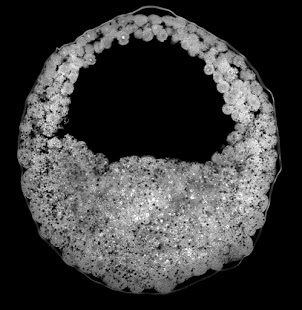 Evolution of Recombination and Genome Structure
The unique selective pressures and functional constraints that vertebrate lineages have experienced over deep evolutionary time have resulted in a diversity of different mechanisms that mediate recombination (meiotic and mitotic), gene duplication, and the evolution of novel functional elements and developmental mechanisms. I am generally interested in understanding how vertebrate genomes evolve at the molecular level and how these changes contribute to the evolution of development. Ongoing studies take advantage of the deep evolutionary history of key vertebrate groups (including lamprey and salamander) in order to better understand how novel genomic functions arise and contribute to an organism’s biology. My current research can be broken into several overlapping areas:

Comparative Genomics of Vertebrate Regeneration Several vertebrate species have evolved, or retain, a capacity to regenerate injured tissues an organs. We are engaged in several collaborative studies that use comparative genomic analyses to identify genes and molecular pathways that contribute to regeneration. Ongoing work includes studies of regeneration in salamander, lamprey and spiny mouse.

Developing Genome Resources for Highly-Informative Vertebrate Genomes A second major focus of the lab is the development of genome resources for highly-informative vertebrate groups (diverse lampreys, hagfish, salamander and other vertebrate/invertebrate/plant lineages though collaborative efforts). These species provide insight into key periods in evolution and important aspects of vertebrate genome biology. We are also engages in the development of genome assemblies and comparative maps for several other uniquely informative vertebrate lineages.

Lamprey: Lamprey diverged from the rest of the vertebrate lineage approximately 0.5 billion years ago and provides critical insight into the genome structure and developmental biology of the ancestral lineage that gave rise to all vertebrates. Moreover, it is the only vertebrate genome that is known to undergo large-scale programmed rearrangement.

Salamander: The amphibian lineage (including salamander) diverged from all other tetrapods (legged vertebrates) approximately 300 million years ago and provides insight into the biology of the ancestral tetrapod. The salamander genome is one of the largest vertebrate genomes, but has otherwise undergone very little change in genome structure since divergence from the ancestral tetrapod lineage. Moreover, salamander possesses very recently-evolved sex determining system with sex chromosomes are in the earliest steps of an evolutionary path that is expected to result in dramatic structural divergence (i.e. the human X and Y chromosomes). The salamander genome can therefore provide numerous insights into the evolution and functionality of changes in genome size, gene order, and chromosome structure within vertebrates. We have established the first chromosome-scale genome assembly for salamander and are currently undertaking efforts to further improve the assembly and identify functionally relevant elements that contribute to regeneration and other aspects of salamander biology. 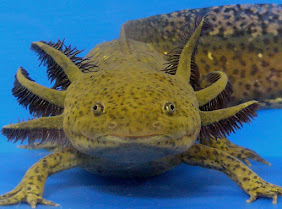 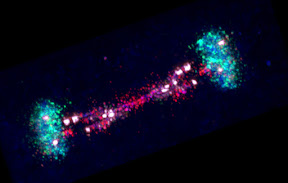 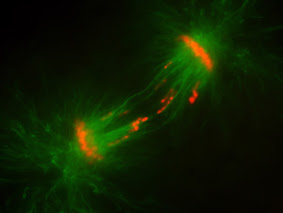