To the naked starlight, the immortal nectar which overflows the boundaries of the chalice of night, gushing forth in fountains and streams and rivulets, cleansing the gears of the machinery of sleep, rolling forth like a tide of radiant dew to wash away the iniquities of day.  To the Great Night of the ancients, to stars and constellations long since forgotten, to the night of blasphemy and heresy, to the senseless Kosmos of the Demiurge and of Azathoth, the sightless monarch of monotony's empire and regent of the infinite wastes. To Ain Soph, the immaculate void of the Kabbalists, the perfect potentiality of the Absolute and the annihilation of the contemplative, the ascetic, the undefiled lover of the Pure One. To the abominable city of dreadful night, to the burned and blackened ruins of Piranesi and Bruegel, to the miserable curses of the wretched and the damned, abandoned and forsaken beneath the ravenous stars of perilous winters. To N.O.X. and to LAYLAH, to BABALON and CHAOS, to NUIT, the naked brilliance of the voluptuous night sky, sublime and holy body of eternity unveiled, divine drunkenness of poets and of prophets, of mystics and of madmen. O guiding dark of Night, O dark of Night more darling than the dawn, your light is more dear than the lilies of the day. There are Gifts and Sights that Kos'mos brings to those with Eyes to see. We need more Eyes! We need more Eyes!

Hail the Night, Ineffable and Absolute!
Hail the Kos'mos, the Holy, the Terrible!
Hail the Nightmare!
The Gift of the Kos'mos Cometh!
A homage to Night and Cosmos
*
Edited by Damian Murphy & Dan T. Ghetu
Illustrated by Denis Forkas
*
Published by
L'Homme Recent
Bucharest
The biggest and the most experimental
(both in terms of texts and layout / design) of the
Ex Occidente Press books is coming soon.
*
A few of the encounters with the Kos'mos:
The Sky and the Cosmos and the Heart of an Author are all One in Jonathan Wood's 'Black Night Testament', one of the most powerful novella published in recent memory. A wisdom sublime and enticing seduces the soul of a nocturnal wanderer beneath lucid shafts of milk-white moonlight in John Howard's 'Vision to the Dark: An Adventure'. In 'Galaction', by Andrew Condous, a lamplighter traverses the impossible geometry of a nocturnal city suffused in perilous starlight while performing the ancient and eternal rites of his venerable occupation. The prose glistens and shimmers like finely cut crystal in this fantastic piece, which is unlike anything thus far committed to paper. Colin Insole constructs a dark and intoxicating narrative of transgression, secrecy, and treason in 'The Hill of Cinders', a story written on strips of parchment stained with red ash and burnt soil beneath a nocturnal rain of fire and tumult. The rarefied essences of opaline, ivory, and alabaster suffuse the exalted prose of John Gale's 'Altars', a melancholy paean to the ethereal and hallowed sacraments of night's lost poets. Alcebiades Diniz charts the mystical awakening of a revolutionary theorist through the devastation of a massacre to the unraveling of cosmic processes in 'The Extinction Hymnbook'. Beyond the mutual exhaustion of hope and despair lies an unspoken ontology that sustains the time worn and weary soul. Quentin S. Crisp reveals the tenets of this doctrine in 'The Dark Tao', an astonishing novella in which the tattered veil of the world is pulled back to reveal fragments of the weathered scaffolding underneath. D.P. Watt, in 'Archontes Ascendant', presents a dark and caustic myth of absolution in which enigmatic angels arise from streets of desolation and brutality beneath a starless sky of eternal night. Heaven's fallen dignitaries, a Chinese box puzzle of unknown origin, and an opiated soldier revisiting the labyrinthine trenches of the first world war are among the dramatis personae of the mystery play that is 'The Hour of the Minotaur', in which Damian Murphy follows an incidental anchorite through the uncharted hours of the night in pursuit of a terrible apotheosis.
*
The Dark Dao
Quentin S. Crisp
The Endless House, the Dreamless Sleep
Thomas Stromsholt
The Lost Words
Harold Billings
The Extinction Hymnbook
Alcebiades Diniz
Vision to the Dark: An Adventure
John Howard
It is Kindness and Mythology
Joseph Dawson
Black Night Testament
Jonathan Wood
The Hour of the Minotaur
Damian Murphy
Sleep's Lost Labour
Des Lewis
The Hill of Cinders
Colin Insole
Galaction
Andrew Condous
Fire Fades and Night have No Lords
Geticus Polus
Archontes Ascendant
Dan Watt
Cast the Seed into the Heart of the Night
Stephan Friedman
Untitled Yet
Charles Schneider
Nocternity
Avalon Brantley
Altars
John Gale
Haven of the Lamps
Adam S. Cantwell
*
Details about the book:
limited to strictly 100 copies
350 pages
oversized tall hardcover with deluxe dust-jacket
*
For inquires, questions and PayPal orders:
exoccidente@gmail.com 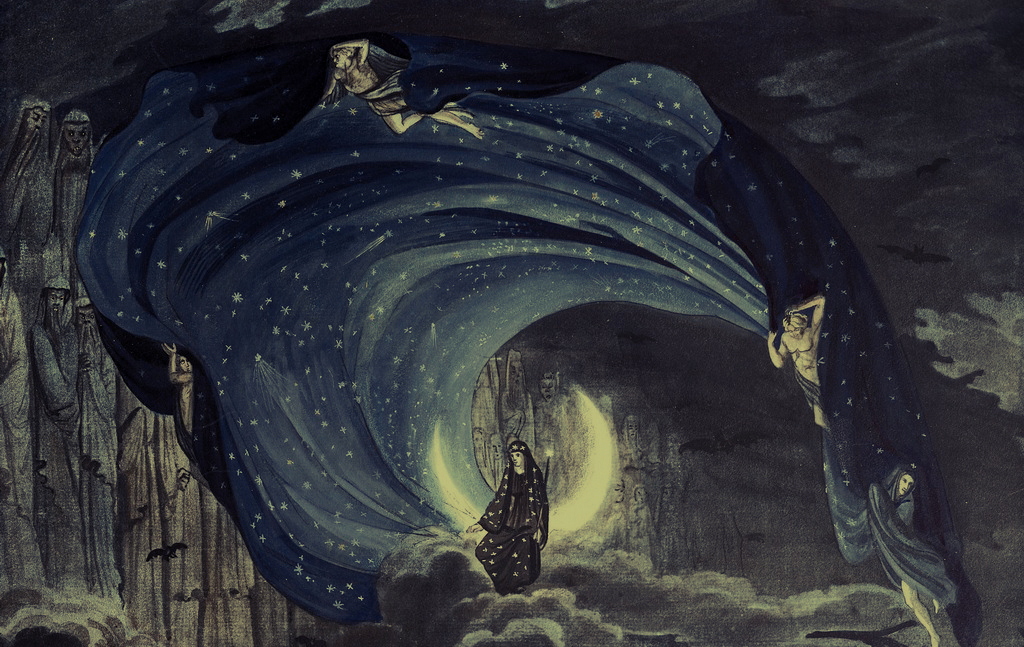 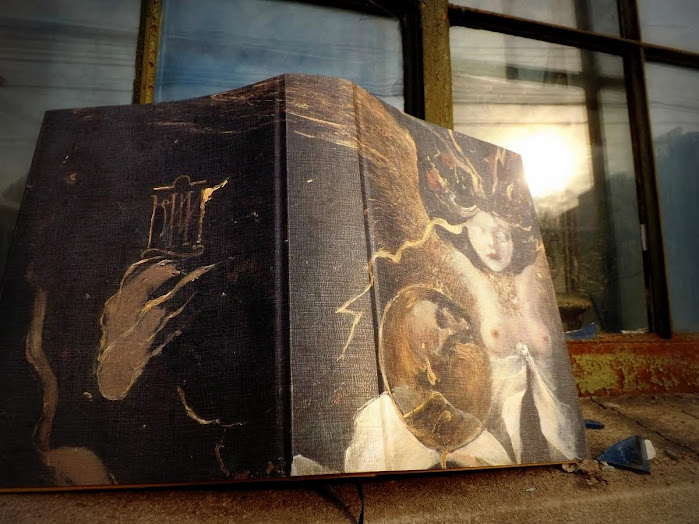 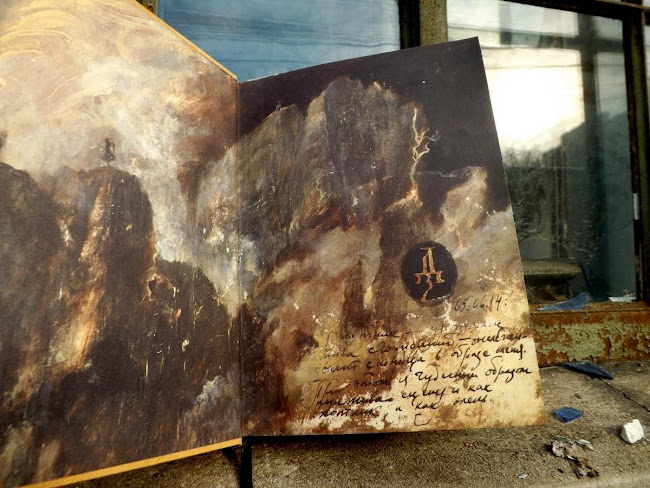 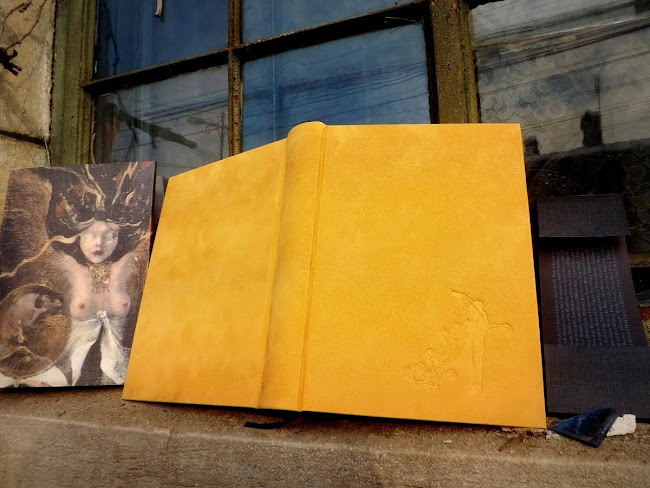 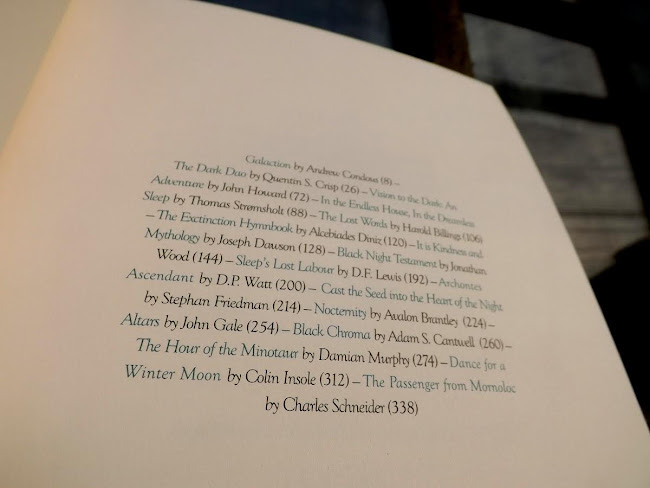