Since 2007 a new Orwellian type spying program was implanted by the NSA "leaked" by the "former NSA whistleblower Edward Snowden" on the net for surveillance purposes called PRISM.

It was later revealed that 9 corporations have been recruited to willingly co-operate with this program.

These corporations consist of: AOL, Skype, Microsoft, Apple, Facebook, Dropbox, Yahoo, Google, Verizon, and AT&T. Ubuntu has also said to of been sneaking in spyware through their proprietary software.

They say it's to the expense of convenience rather than for the user's freedom.

Spying is nothing new on the net considering Microsoft has been spying on their users since 1995! Since the release of windows 95.

Under the Patriot Act which was passed by George W. Bush in 2001, made spying without a warent "legal".

With all that said what can we do? With all the social media outlets, chat messengers,

Operating Systems at the whim of the NSA where do we turn? Well you're in luck! For it is not the end!

There are solutions you can go about to protect yourself against this Orwellian nightmare project and help gain a sense of freedom in order to fight for your privacy.

Click here for an in depth description about PRISM 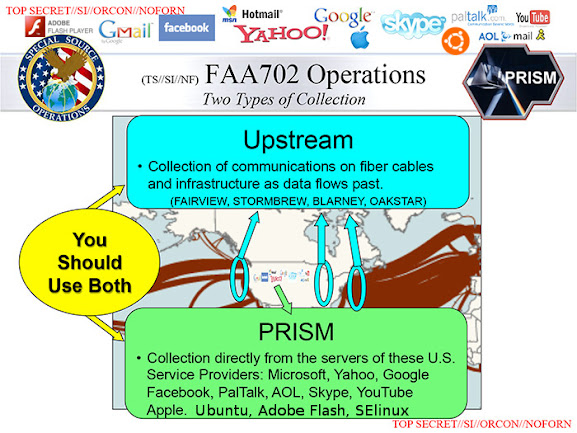